By using www.dalilaroglieri.com, you agree to our use of cookies, for a better browsing experience
For more info click here 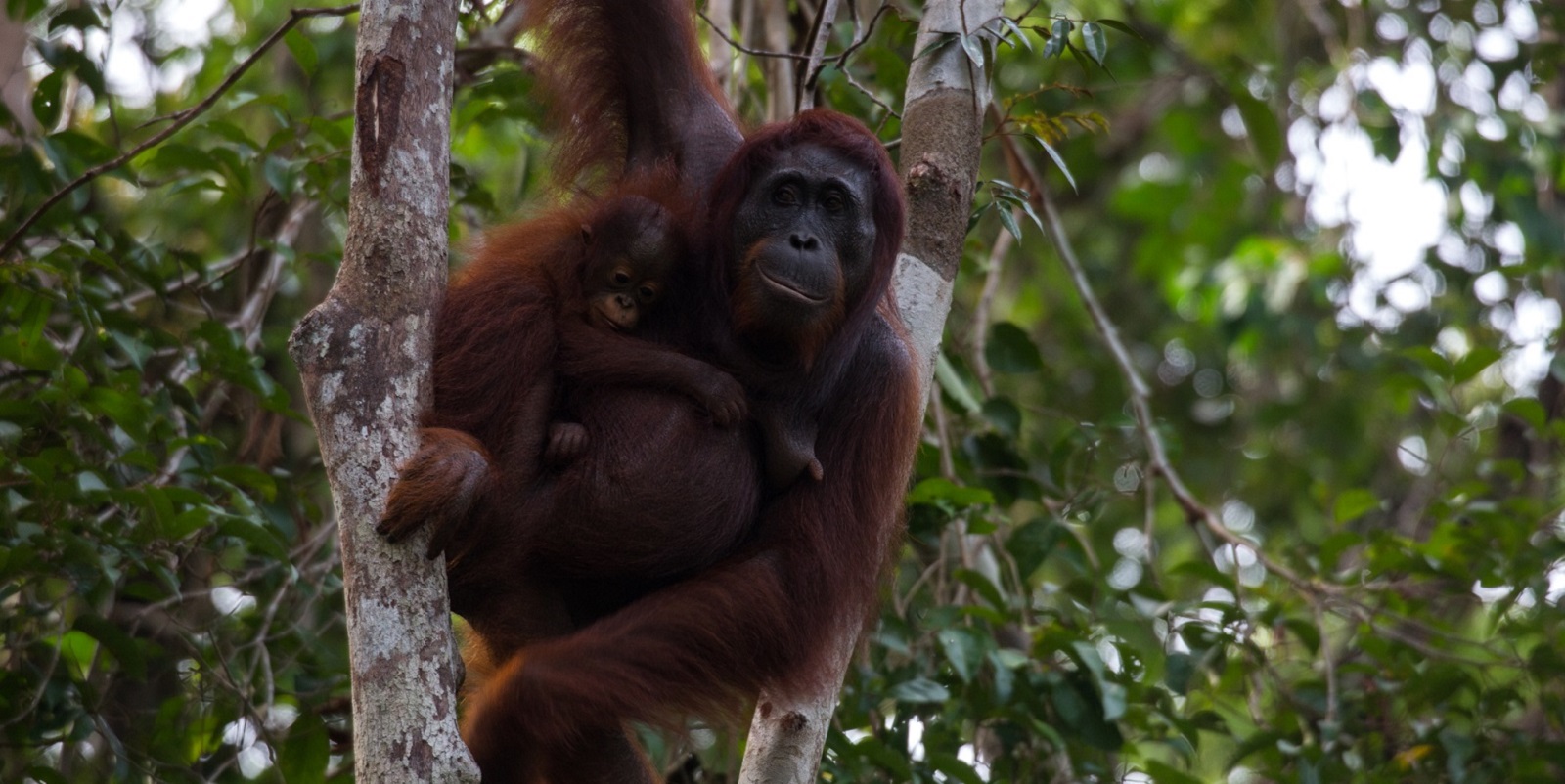 Camp Leakey National Park, located in the Tanjung Puting Reserve in Borneo, remains one of the most exciting travel experiences of my life. Orangutans are special mammals with attitudes and characteristics of a human.

The day begins at dawn. The ship is anchored in the Java Sea. The nature reserve can be reached only on board small motor boats. The tour operator on his worn out boat is ahead of our inflatable boat and ensures us of the safety. We are surrounded by thick vegetation, albeit not far from the great palm oil factory. Deforestation resulting from a high demand for industrial oil is at the center of many debates as it causes death and possible extinction of many plant and animal species, including orangutans. On the other hand, it fueled the economy of the territory and allowed an improvement in the living conditions of its inhabitants. By confronting me with the guide I try to deepen my knowledge about the topic. The socio-political issue affecting palm oil industry is very articulate and the poor nutrition characteristics of fat are just the commercial vehicle to reduce its consumption worldwide.
We have the honor to have Dr Birute Mary Galdikas as our guide. She is known as the mother of all the orangutans. The scientist has studied orangutans in their natural habitat in Borneo by observing their behaviors and evolution for almost four decades. Her foundation "Orangutan Foundation International" supports the preservation of the species in their natural habitat and protects them from the pitfalls of the modern world. Dr. Galdikas is still the highest authority in the industry: it is not possible to have a better company to learn about the behavior of these beautiful mammals.

Orangutans act with spontaneity reassured by the presence of their protector in the forest. They are far from being troubled by the many fascinated eyes that observe them. We arrived at lunch time. The desire for food makes it easier for them to descend on the ground. Among them, there is a female who carries her baby in her lap. In mom gestures she demonstrates the infinite love in nourishing the baby: she carefully peels a banana, divides it into small pieces and gives it to the baby. The scene is surreal. The movements, the looks and the cuddles that are exchanged remind me of human behavior. Intelligence and lucidity of thought of these orangutans are the virtues that have surprised me the most.

Describing the amazing experience in Borneo allows me to relive the experienced emotion. It fills me with pride to have met Mrs Galdikas, the one who firmly protects the rights of this spectacular species which resembles us so much. If one day I should be reminded by someone that we come from monkeys, I would be extremely pleased.

A Culinary Nutritionist in Brazil

The beginning of 2020 brought the nutritionist Dalila Roglieri to the other side of the world, or to Brazil!

As a Culinary Consultant I worked to create a real taste itinerary among the flavors and typical local foods for a group of travelers, a real tailor-made culinary experience

We are still with our nutritionist Dalila Roglieri in matsue: after tasting Matcha Tea in front of a surprising sunset, here we are now at the traditional tea ceremony.

This month we follow our nutritionist Dalila Roglieri in matsue, capital of shimane prefecture close between two lakes and with from one of the most important castles in the whole of Japan. The ideal scenario for discovering a new piece of Japanese culture: Matcha Tea.

The Peace Bell in Hiroshima

A message of Peace that comes from a remote land and from past times to be kept alive in memory: this month we follow our nutritionist Dalila Roglieri in Hiroshima, a symbol of war once, a symbol of peace now.

At first, as a nutritionist, I was triggered by an